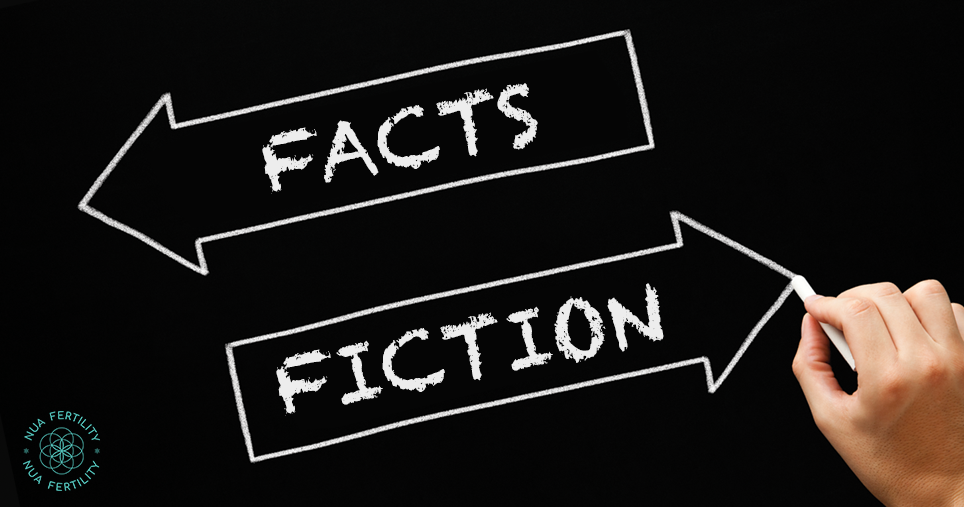 With so much hearsay bandied about, it’s sometimes difficult to separate fact from fiction in the world of fertility and infertility. And that’s why it’s important to arm yourself with as much knowledge as possible.

Myth #1: Infertility is a psychological problem.

One or more physical causes are identified in the majority of infertile couples. So while relaxation and reducing stress will certainly boost your overall well-being, these lifestyle changes alone won’t be sufficient to solve any infertility problems.

Myth 2: Most women find it easy to get pregnant

While many woman conceive without difficulty, studies have shown that almost 25% of Irish couples encounter some difficulty on their fertility journey. Infertility can affect women and men, regardless of their age or background.

Myth 3: Couples who try hard enough will eventually get pregnant

While new methods of treating infertility have come on leaps and bounds — according to the American Society for Reproductive Medicine (ASRM), more than half of all couples who pursue treatment will achieve a successful pregnancy — it’s important to bear in mind that infertility is a medical condition that can at times remain untreatable, regardless of how hard a couple tries to get pregnant.

While women’s age is very important for fertility and is talked about the most, unfortunately men’s age also matters as the quality of men’s sperm does decreases with age.

The average time to pregnancy if a man is under 25 is just over four and a half months, but almost two years if a man is over 40. There is a five-fold increase in the time it takes to get pregnant if the man is over 45.

While it’s normal for infertile couples to experience the gamut of emotions, ranging from sadness and anger to grief, despair and possible failure, it’s reassuring to know that most couples are able to ‘move on’, relinquishing their initial dreams of becoming parents. There IS life after infertility 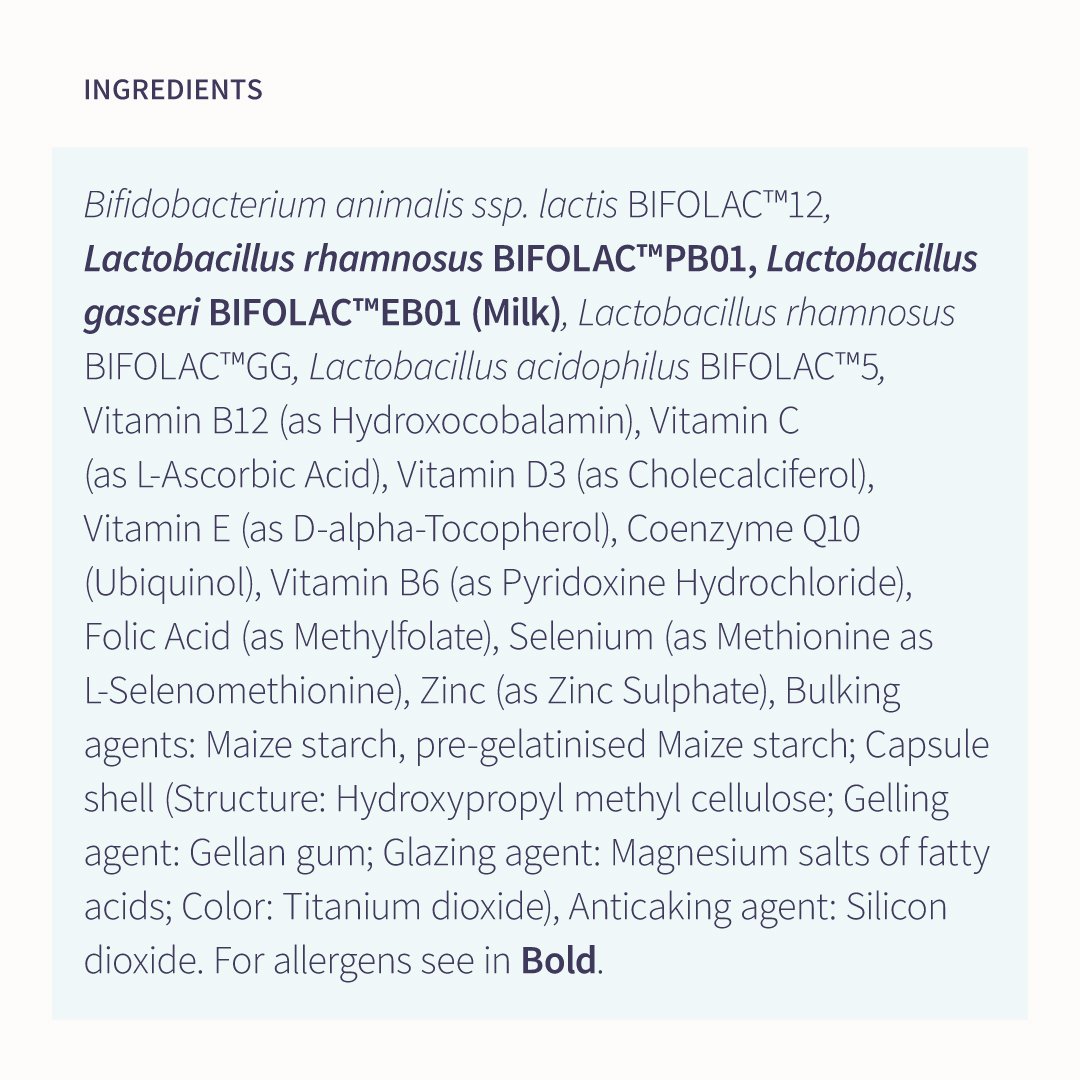 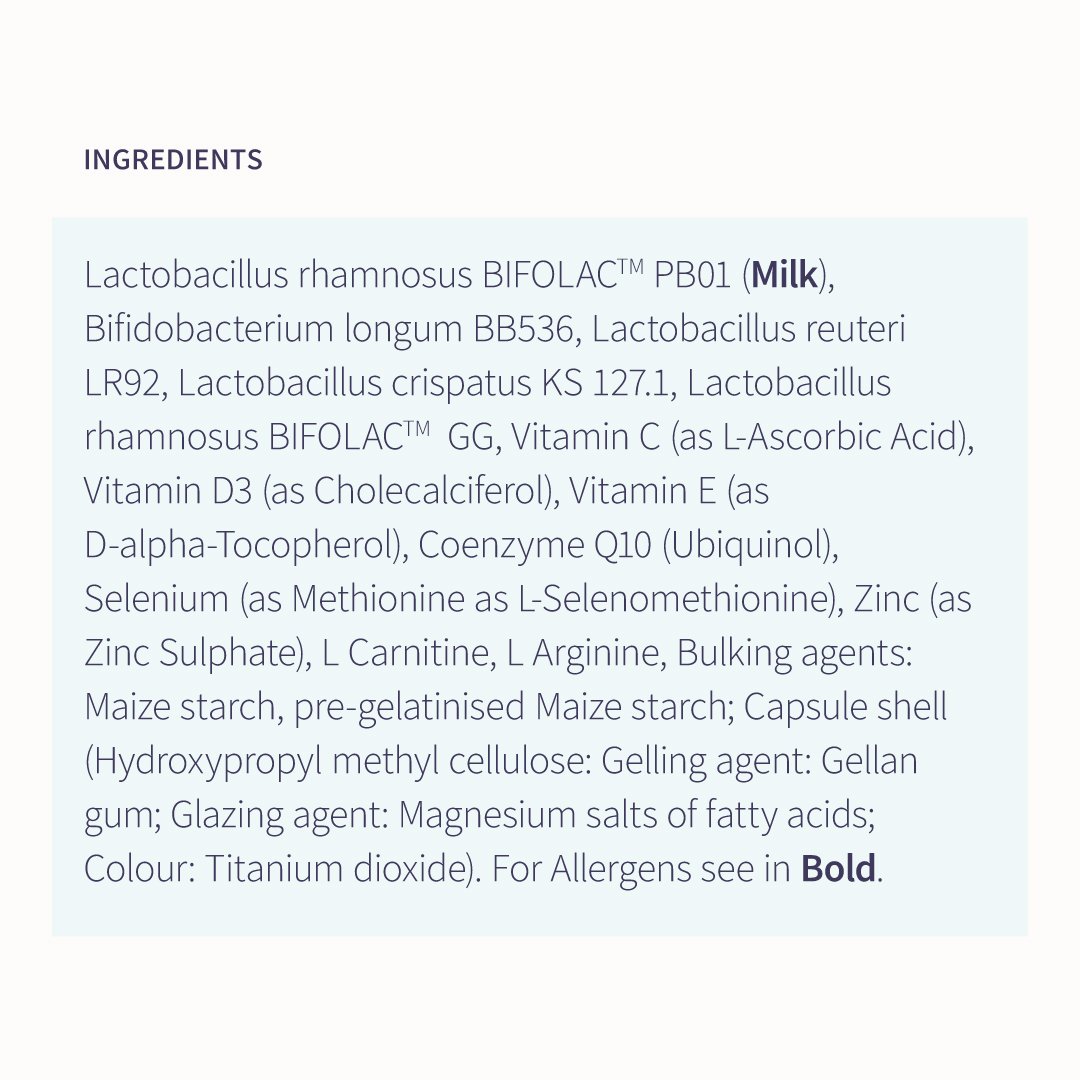 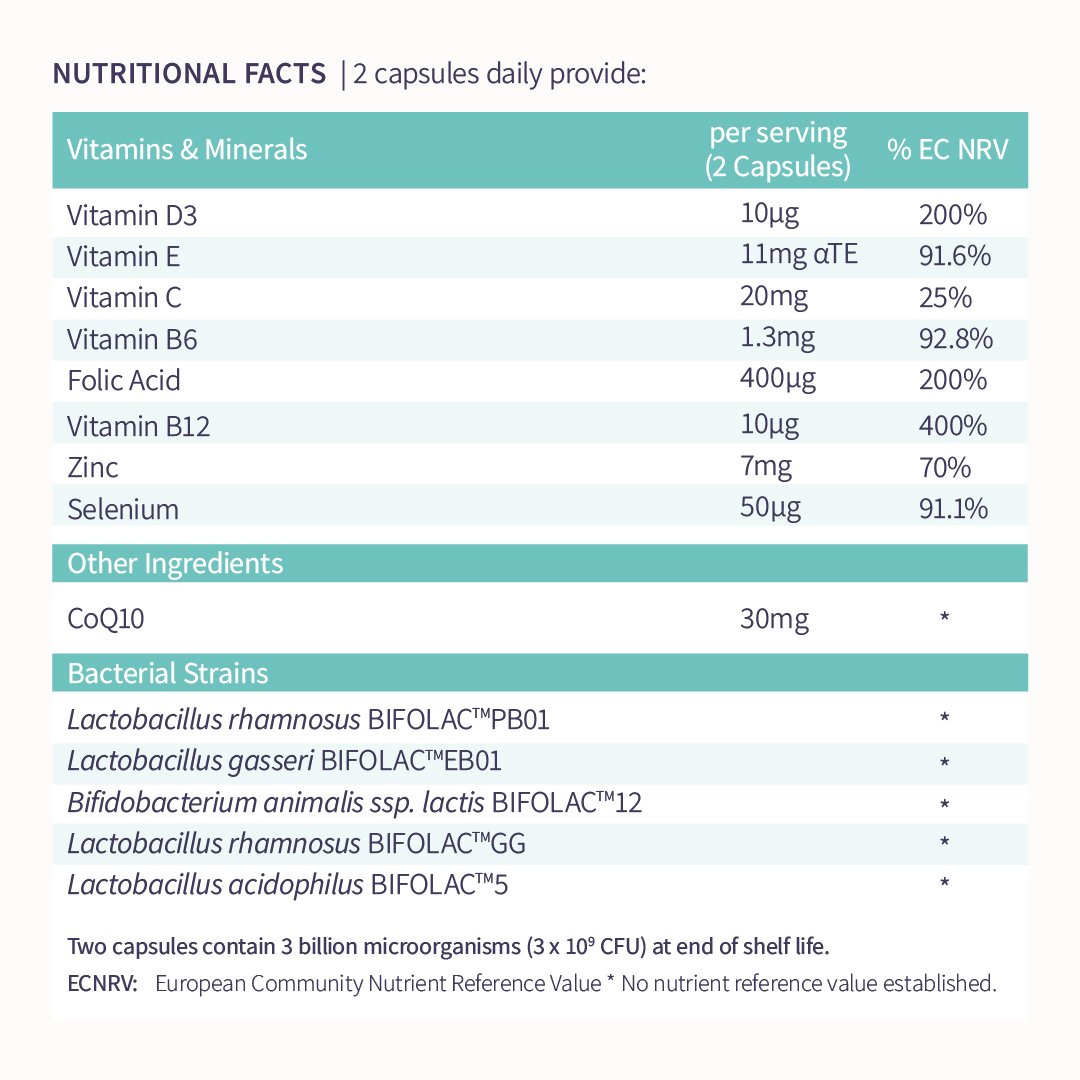 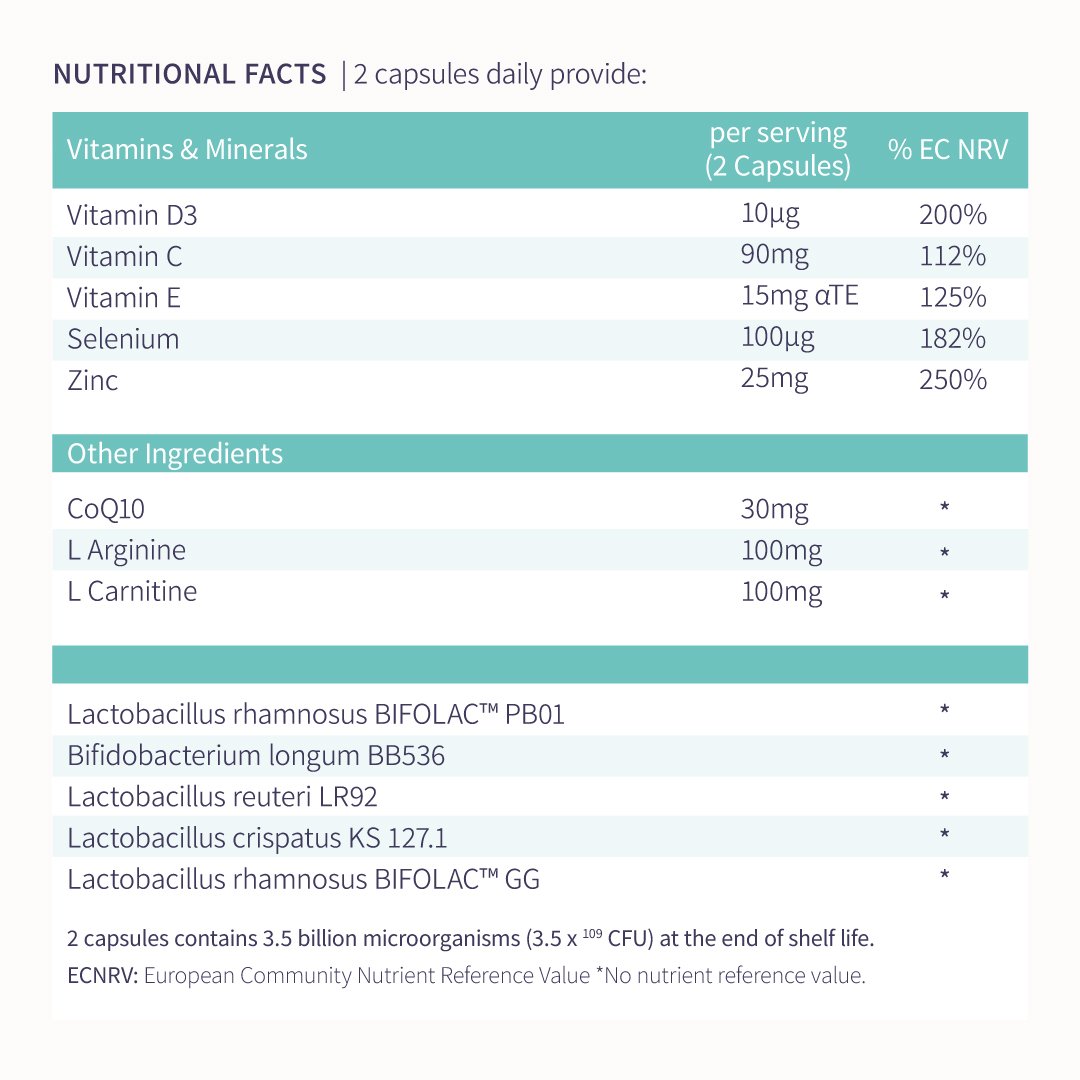 Amy is a high achieving individual with a number of marketing awards under her belt, including Young Digital Business Person of the Year 2019. She is a big believer in digital marketing and an expert in executing personalised targeted campaigns. Amy strives to learn from data and campaigns that show return on investment.

Dr. Debbie Collins MBBchBAO MRCGP, a practicing GP and partner in Belfast. She has a passion for patient education and advocacy. Her special interests are Women's Health and Fertility

Sarah Trimble - a nutritional therapist with a passion for good food instead of fad diets. Sarah has a particular Interest in using the power of nutrition to support hormonal imbalances and reproductive health.

Barbara Scott is Chair of The Association of Reproductive Reflexologists, founder of Seren Natural Fertility and author of Reflexology for Fertility. In 2017, she was awarded ‘Complementary Therapist of the Year’ by the Federation of Holistic Therapists and has been nominated for several awards within the field of complementary therapy. In 2019 she was awarded the Innovation in Reflexology Award by the Association of Reflexologists.

Barbara speaks and lectures globally on her integrative approach to supporting couples having difficulties conceiving. She has spoken at many of the Fertility Shows and Fertility Fest. Alongside her own busy clinics, she also trains practitioners in providing this integrative, approach to fertility and reproductive healthcare and well-being. The ARR (Association of Reproductive Reflexologists) has trained practitioners globally, from Australia, New Zealand, Canada, Europe, and most areas of the UK.

Her expertise and passion is in advocating a patient-centred and integrative approach to supporting both men and women on their journey to parenthood.

Fertility coach and Founder of Fertilelife

Cindy Charles- Fertility coach and Founder of Fertilelife. Cindy is a committed advocate of social and personal development. Her own life experiences inspired her fertility support services. Cindy has worked with the Fertility Network UK, and has had the privilege to work as a resident Fertility Coach for the London Women's Clinic on Harley Street. Cindy believes in the importance of nurturing our own fertility.

Dr Lyuda has a special interest in reproductive immunology. Dr Shkrobot assisted in establishing the first European Donor Egg programme at Sims, coordinating and liaising with Intersono Clinic in Ukraine Advisors. She is passionate about patient-centred, results-driven care.

Lisa has 15 years of commercial business experience. She has proven her capabilities in Investment Property Sales and, Management & Business Development for Technology companies that have provided her with an understanding of different customer needs across several sectors. Lisa appreciates the value of customer education and relationship building in long-lasting partnerships.

Having trained with PWC, Aoibheann qualified as a Chartered Accountant in 1997. She subsequently spent eight years working in industry, gaining invaluable experience in many areas In 2005 Aoibheann became MD of Pangur Consulting, providing professional expertise to a broad client base. She is looking forward to the new challenge of Nua Fertility.

Do you prefer podcasts or books? And of the one that you prefer, what is a show or title that you recommend?

I love sport…any sport…and the outdoors. Living in the Barrow valley I get to enjoy swimming and kayaking in the Barrow and exploring the Blackstairs mountains. Since I hung up my soccer boots (the body just couldn’t take it anymore!), I’ve been cycling with my lovely friends in Mount Leinster Wheelers and was chuffed to have completed the Ironman 70.3 triathlon event in Dublin in 2019!
I’m an avid reader…books beat podcasts hands down!...although recently I’ve dabbled with audio books through the library app Borrow Box. “A Little Life” left its mark on me. A harrowing story, definitely not for the faint hearted.

If there was just one thing you could impart on women on their journey to parenthood, what would it be?

Don’t be consumed by the roles in your life – parent, partner, employee etc. Parenthood, be it getting there or going through it, will have its tough times. Cherishing yourself as an individual and making time for yourself can help you through those times….it’s good to be a bit selfish!!

To be honest it was very difficult. At the beginning we thought that when we decided that we wanted to start a family Deborah would fall pregnant shortly afterwards like many of her friends. As time went by, we started to suspect something was wrong. After initial tests we found out that I had a low sperm count which meant that we would have to go down the assisted pregnancy route. This took me several months to get my head around as I blamed myself for this. All I wanted was my wife to be able to go through the pregnancy journey. We couldn’t wait to become parents. There were many long and painful nights where I thought this would never happen for us. After several failed attempts we decided to look at further ways of improving our chances. This led us to look at fertility supplements, our diet, exercise. I will never forget when that morning during our Two Week Wait when Deborah woke me up at 5 a.m. to show me those two lines, we had both been yearning for! We are blessed to now have our beautiful daughter.

On challenging days, what kept you going? Where did you find inspiration?

My wife was my inspiration. She kept me going through those challenging months and years. She was there to help me deal with everything. The guilt I felt when I saw her having to go through everything.

What is your ideal was to relax and unwind?

My latest passion is cooking on my BBQ. I find it so peaceful and I just switch off. It just gives me a bit of alone time which everyone needs.

If there was just one thing you could impart on men as they begin trying to become parents, what would it be?

I would highly recommend communicating with friends and family. A problem shared is a problem halved. Failing that there are some really good private Facebook groups for men suffering from infertility. I found this great support through the good and especially the bad times.

Deborah has a personal passion for fertility health, supporting people and communities. With over 15 years experience of working in the Non profit and Education sector, I have had the honour of working together with people and communities focusing on their strengths, capacities and assets. With extensive senior management, project management and creative programme development experience.

How did your experience with fertility inspire you to help start Nua Fertility?

My own personal fertility journey opened my eyes to the world of fertility health. Trying for a baby is one of the most exciting yet vulnerable times in your life. It took myself and my husband over three years and the helping hand of science to become a mum.  I have always worked with people and communities and felt my vision for Nua Fertility could genuinely support others who have fertility challenges.

I'm am curious person and love all things research. My ideal evening would be reading and exploring scientific journals! I like to think I am a little bit creative and I LOVE paint by numbers! Its probably the only time I slow down, I become immersed in the painting and think of nothing else.

What do you want to tell someone trying to conceive or already pregnant?

What’s something you wish someone told you while trying to conceive?

Open up and talk with friends and family. I was surrounded by amazing friends and family but I never opened up. When your struggling to conceive, a non-judgemental ear to listen or a shoulder to cry on is so powerful.